Robert F. Holden was born in 1951 and raised in Maspeth. He and his wife of 45 years, Amy, have lived in Middle Village for decades and have three children and four grandchildren. Holden worked as a graphic designer and served as a professor at New York City College of Technology (CUNY) in the Department of Communication Design. For 25 years, he held the office of president of the Juniper Park Civic Association, which represents the neighborhoods of Middle Village and Maspeth. During that time he also served as Managing Editor and Art Director of the Juniper Berry Magazine, the JPCA’s 96-page color magazine. First published in 1940, the Juniper Berry is considered one of the finest all-volunteer civic magazines in the nation. Holden also served as webmaster of the JPCA’s informative website, www.junipercivic.com. 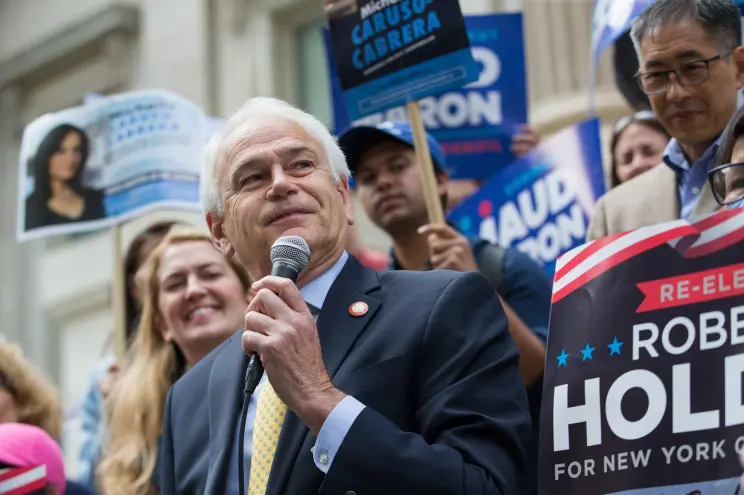 Robert Holden has received several achievement awards from the United States Congress, New York State Senate and the New York City Council. In 2012 he was awarded a lifetime achievement award from the Queens Civic Congress for his volunteer work in the community. Prof. Holden also received the PSC-CUNY Excellence in Teaching Award in 1999.

The Juniper Park Civic Association, founded in 1938 and chartered in 1940, has grown to 1,750 member families and is considered one of the most active civic associations in the State of New York. Some of the JPCA’s accomplishments include: fighting to save the former Elmhurst Gas Tanks 6.5 acre site from becoming a big box store – it is now a park – and saving St. Saviour’s, a 1847 carpenter gothic-style church designed by world renowned architect, Richard Upjohn. The JPCA successfully fought against the Cross Harbor Tunnel that included a large train-truck intermodal in Maspeth and led an overdevelopment task force that downzoned all of Maspeth and Middle Village.

Robert Holden also founded the Midville Dodgers youth baseball teams for ages 10 -18, serving as president for 20 years. The Midville Dodgers won the NABF national championship in 2006 and are consistently one of the most successful baseball organizations in New York State.

In 1991 Mr. Holden co-founded COP104, a coalition of civic groups within the Community Board 5 area that sponsored monthly police and community forums for more than 20 years.

Robert Holden was a member of Community Board 5 Queens for 30 years, served as First Chair for seven years, and has been chairman of the board’s Public Safety Committee for 13 years.

Since Council Member Robert Holden took office in 2018, he has been a strong advocate and leader for the community of Queens. He has fought hard to improve the quality-of-life for all of his constituents, including pushing for lower property taxes, increased public safety, better transportation, and providing a voice of common sense and reason.
He previously served as Chair of the Technology Committee and is currently Chair of the Veterans Committee, working to bring resources and attention to the needs of our veterans.

Dedication To Our Community

Council Member Robert Holden has been a dedicated leader for the community. He has worked tirelessly to improve public safety, increase transportation, defend quality-of-life, and lower property taxes for his constituents. He has also worked with community leaders to ensure that City Hall and Albany pay attention to the needs of the residents of the 30th Council District.
Robert Holden has a track record of success in improving the lives of area residents. He has secured hundreds of thousands of dollars in funding for infrastructure projects, such as repaving roads, constructing sidewalks, and installing new lighting. He has also fought to secure improved bus service, increased funding for parks and recreation, and has been a strong advocate for senior citizens and veterans. He has also worked to lower property taxes and advocated for measures to protect the middle class. His dedication to his constituents is exemplary, and he will ensure that the residents of Middle Village, Maspeth, Ridgewood, Glendale, Elmhurst, and Rego Park get the representation they deserve. 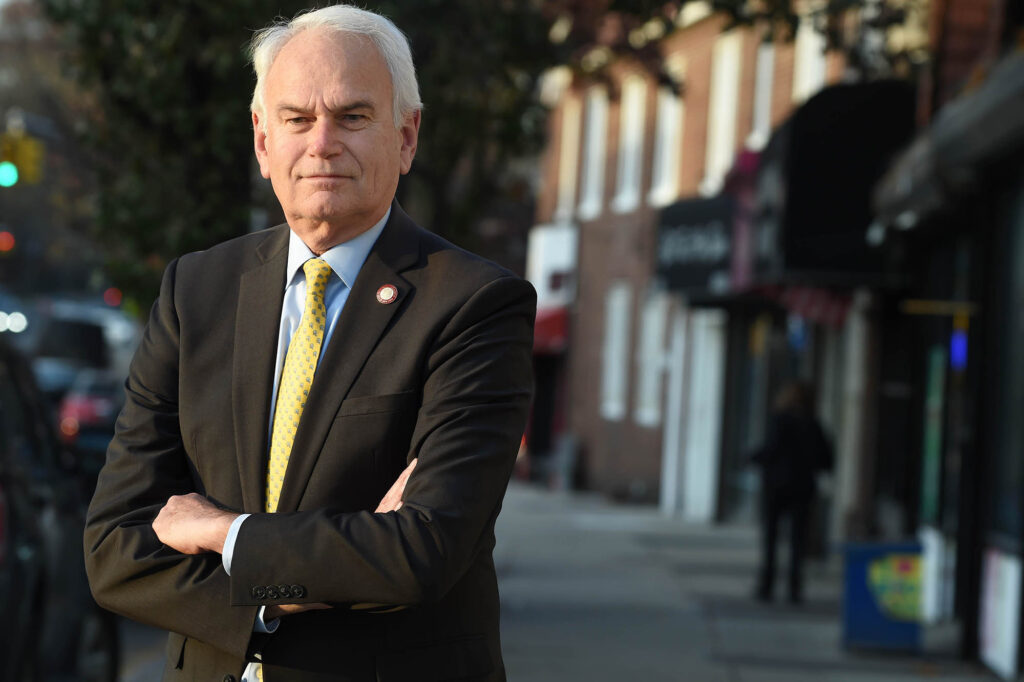 Why I am Running For Re-election

I am running for re-election because I am dedicated to serving the community and improving the quality of life for its residents. Throughout my life, I have volunteered and worked tirelessly to make a difference, and I am now in a position to do more. I want to finish the many projects that I have started, such as building a new community center, providing more job opportunities, and expanding access to affordable housing. I have lived in this community for decades, and it has been my home for many years.
I care deeply about its future and ensuring it is better than when I joined the office. For the past few years, I have worked hard to meet our community’s needs. From fighting for more resources in our schools to providing better access to healthcare, I have done my best to ensure that our residents have the support and resources they need to thrive. I want to continue this work and make sure that all residents have access to the same opportunities for success. With your help and support, I am confident we can continue to make our community a better place.

In the past 5 years we accomplished a lot but our work is not done. That is why I am asking for your support.

Paid for by Robert Holden 2023